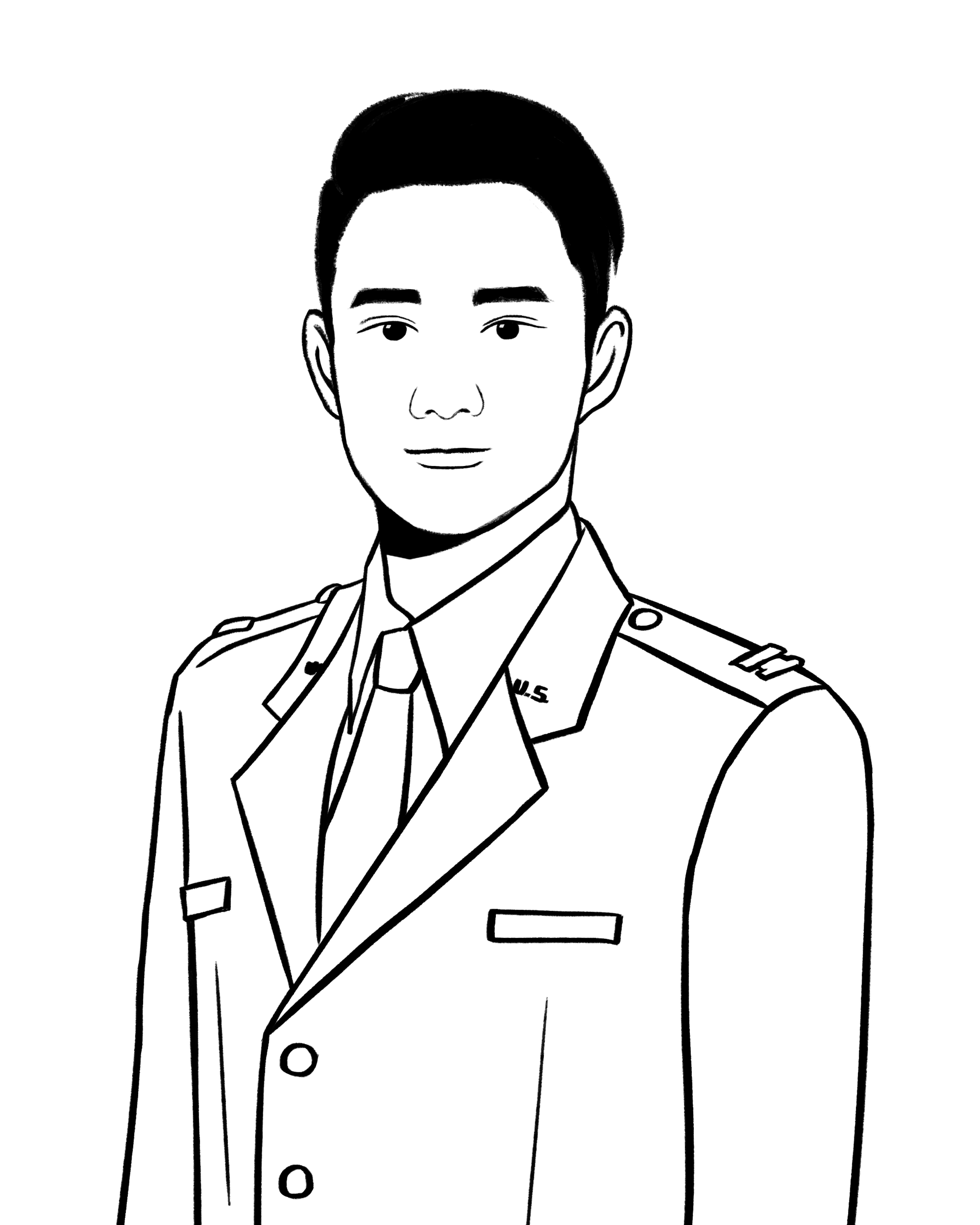 Hi there, please tell us a little bit about yourself! Who are you? What do you like to do for fun?

My name is Andy, but my patients call me Dr. Zhou or Captain Zhou because I work as a dentist for the US Air Force. I've been working as a military dentist ever since I graduated dental school three years ago. Since then, I've been stationed at three different bases in Florida, South Korea, and Japan.

Given all the traveling opportunities that come with the job, traveling has definitely become one of my favorite things to do in the past few years. I often travel by myself, and as such I've also picked up photography as a travel hobby because it helps me to figure out what photos I want to take as I figure out where I want to travel to. Otherwise, I'm also very into playing tennis, meeting new people, and discovering new music. Some of my not so healthy hobbies include buying unnecessary items and funding my lofty bachelor pad dreams.... I always strive to turn my place into one of those interior design posts you see on Pinterest, but unfortunately I move too often to make it practical.
‍

Can you tell us what you do as a Dentist at United States Air Force for those who are unfamiliar?

I'm a dentist and also a Captain in the military. As a dentist, I do what any dentist on the outside does in terms of fixing teeth. However, we do have a bigger focus on function over esthetics, as our primary mission being in the military is to maintain our patients' dental health so they're ready to fight. There is also a military component to my job, but that's top-secret and I'd have to kill you if I tell you. Just kidding. But not really.
‍

How did you decide to pursue your specific career? What pivotal moments pushed you to where you are now?

Honestly, I had no idea what I wanted to do when I first went into college. My parents are both engineers and gave me the conservative Asian parents recommendation of just doing what they did and go into engineering. I took one programming class, and after about my third or fourth all-nighter in a row within the first month, I decided engineering was not for me. So no, I did not know my entire life that I wanted to become a dentist.

How did I decide upon it then? Well, there's this thing called dental insurance that a lot of companies will give their employees where you get a free exam and cleaning twice a year. Growing up, I thought my parents forced me to go see the dentist twice a year because they really cared about my dental health, but I eventually realized that it had more to do with not letting their free insurance go to waste. Regardless, I definitely saw the dentist way more than any other professional growing up, and that in addition to my strong intolerance for debugging code at 4AM was the main reason I decided to look into dentistry as a career. The rest, as they say, was history.
‍

What programs & tools do you use everyday for your work?‍

I use top-secret military applications...such as Microsoft Outlook for checking my top-secret emails.
‍

I don't know if I'm really in a position to speak on this as I've honestly been pretty lucky to not have to deal with a lot of things that most dentists on the outside have to deal with. Being in the military means a stable job with not much at stake as long as you do what you're supposed to, but by far the biggest draw to being a military dentist is the lack of debt as compared to an average of $300k-$400k that your colleagues will have coming out of dental school. I would tell anyone who's interested in being a dentist to consider going the military route as it not only makes you very marketable for the private sector, but also you're positioning yourself to be debt free which has its own implications when you're searching for your dream gig. The initial contract to pay back for the free tuition is only 3 or 4 years long, and you can always decide to separate from the military if you decide this is not for you.
‍

What are some must-have resources or skills you would recommend for your industry?‍

You'll get some of the basic resources and skills from dental school, but I think most dentists would agree that the real experience comes from after graduation, either through a residency and/or from sheer working experience. Dentist-ing in the real world can be very high stress with unpredictable situations and unpredictable people, and only through dealing with those kind of issues repeatedly will you become more adept at handling them.

What are 3 character traits that would make someone excel in your field?

Being calm, compassionate and ethical
‍

Most satisfying & difficult thing about your job?

Most satisfying:
When you see a patient on a recall exam and see the work that you did 2-3 years ago that's still holding up very well. Unfortunately, I don't get to see that too often with all the moving around, as most likely either I or my patient will have moved by the following year.
‍
Most difficult:
Burning out from the physical labor, somedays to the point where I come home and immediately pass out on my bed until the next morning, only to have to do it all over again.
‍

What would you like to say to your younger self?‍

Stop trying to be perfect, don't compare yourself to other people, and just work on being better than you were yesterday.

For all my fellow people pleasers out there:"Ignoring red flags because you want to see the good in people will cost you later"Insert Fire Emoji x10 🔥🔥🔥🔥🔥🔥🔥🔥🔥🔥 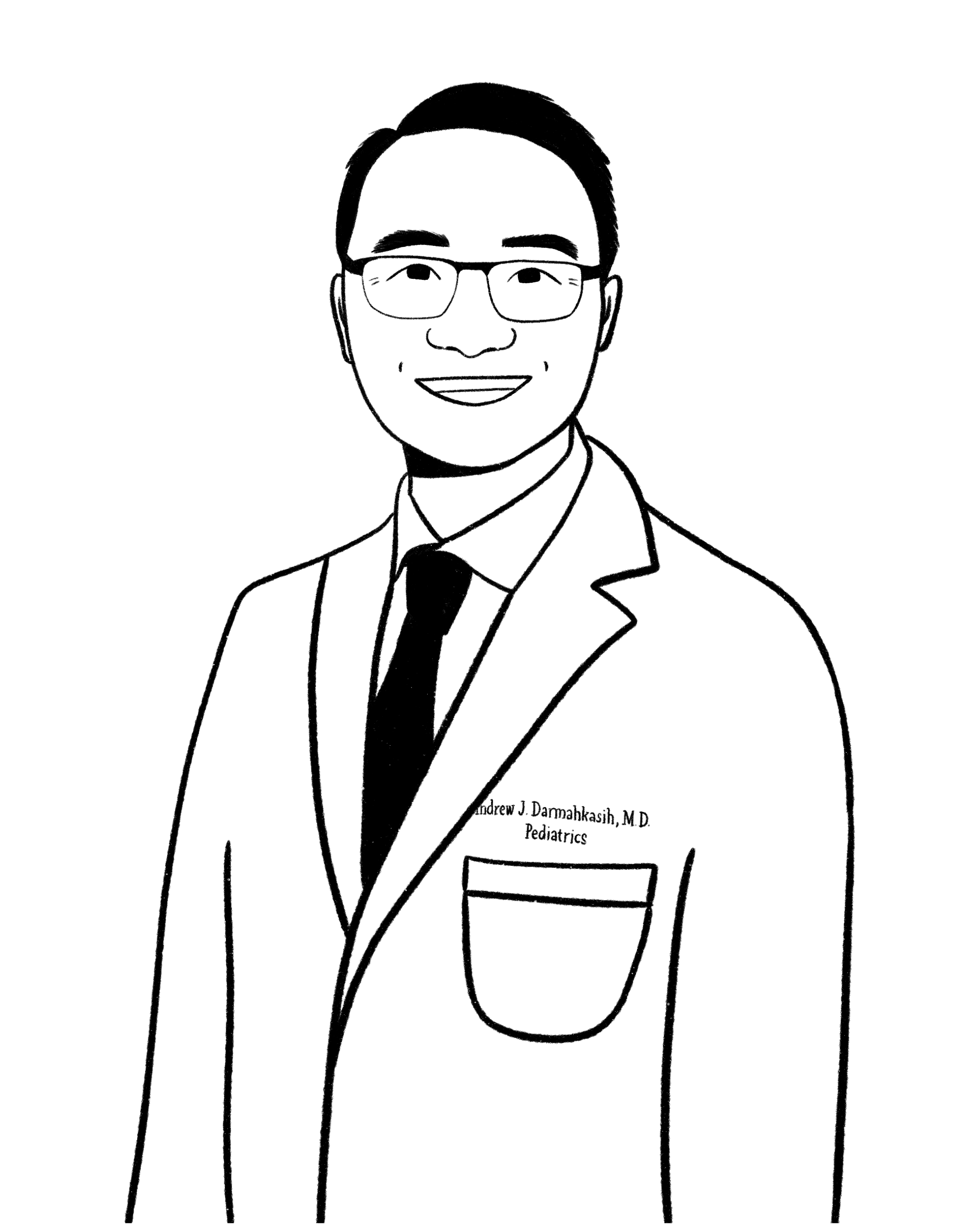 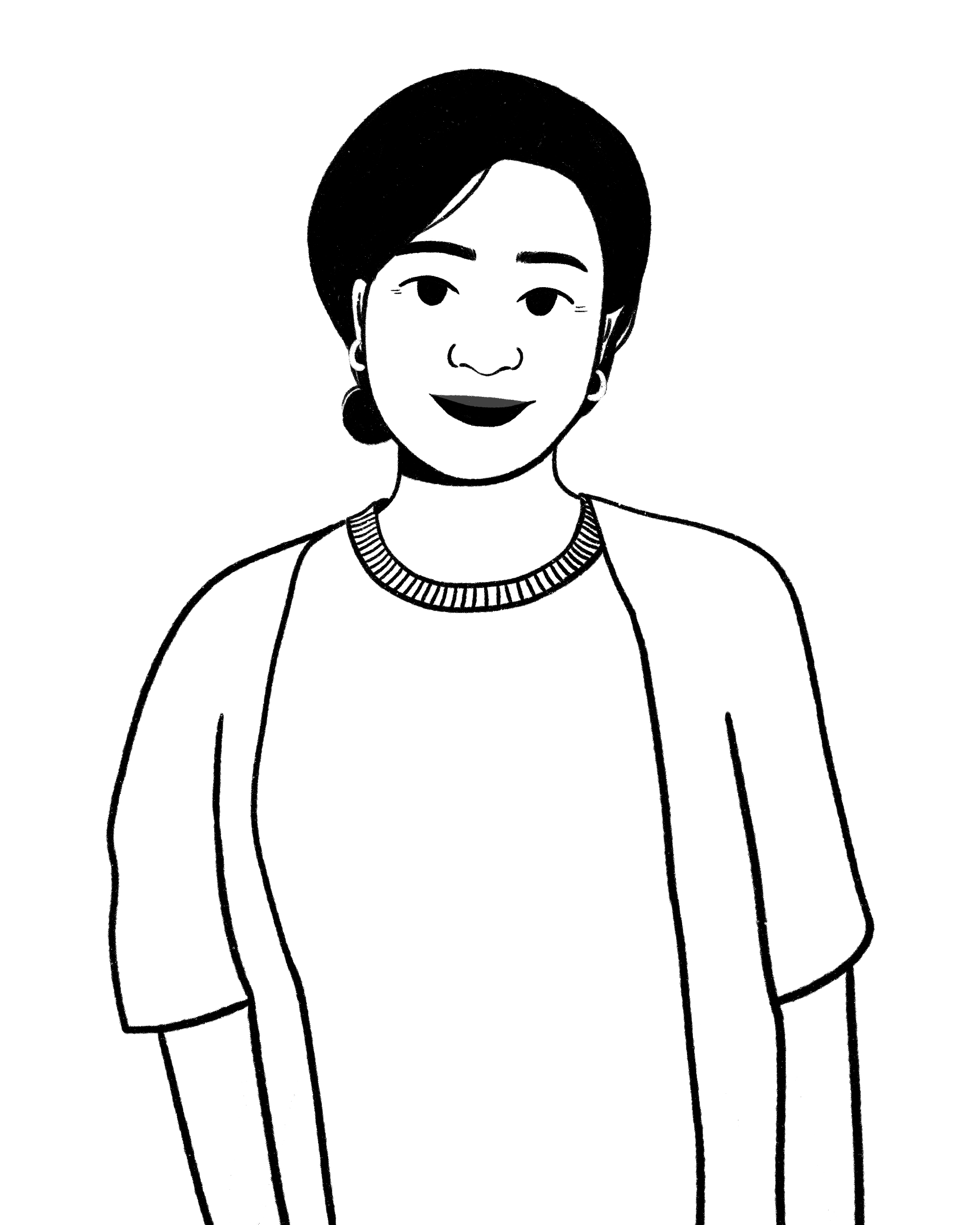 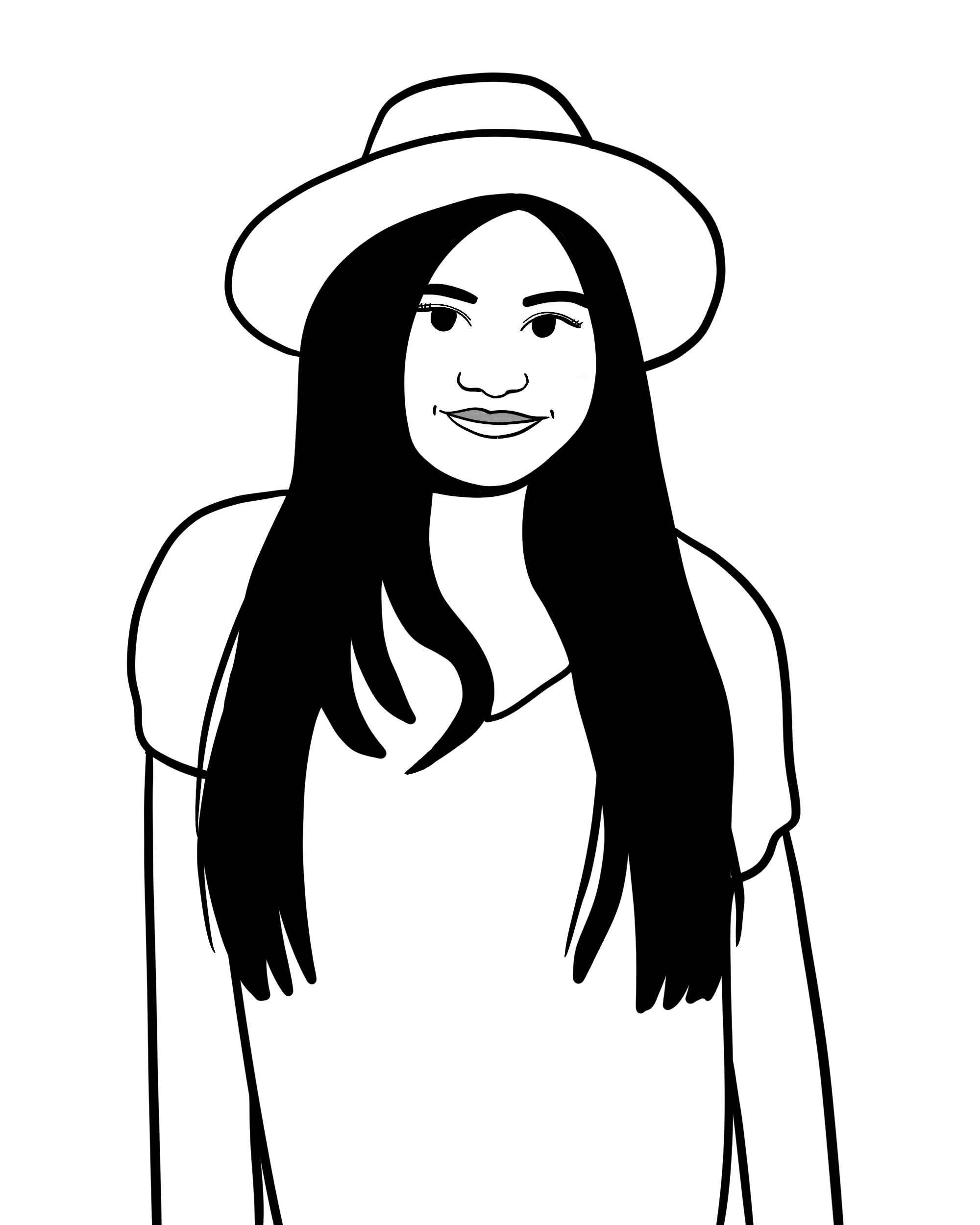 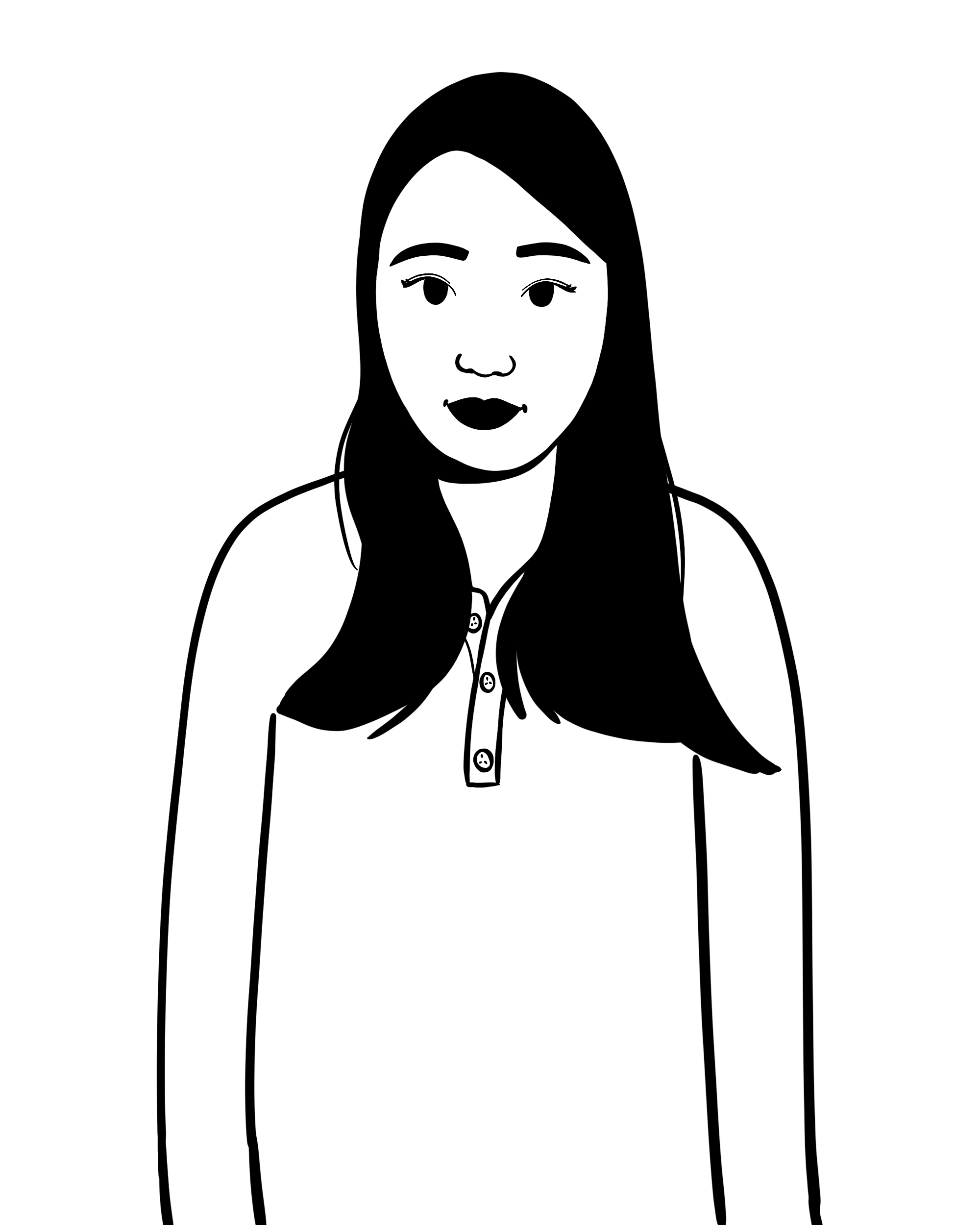