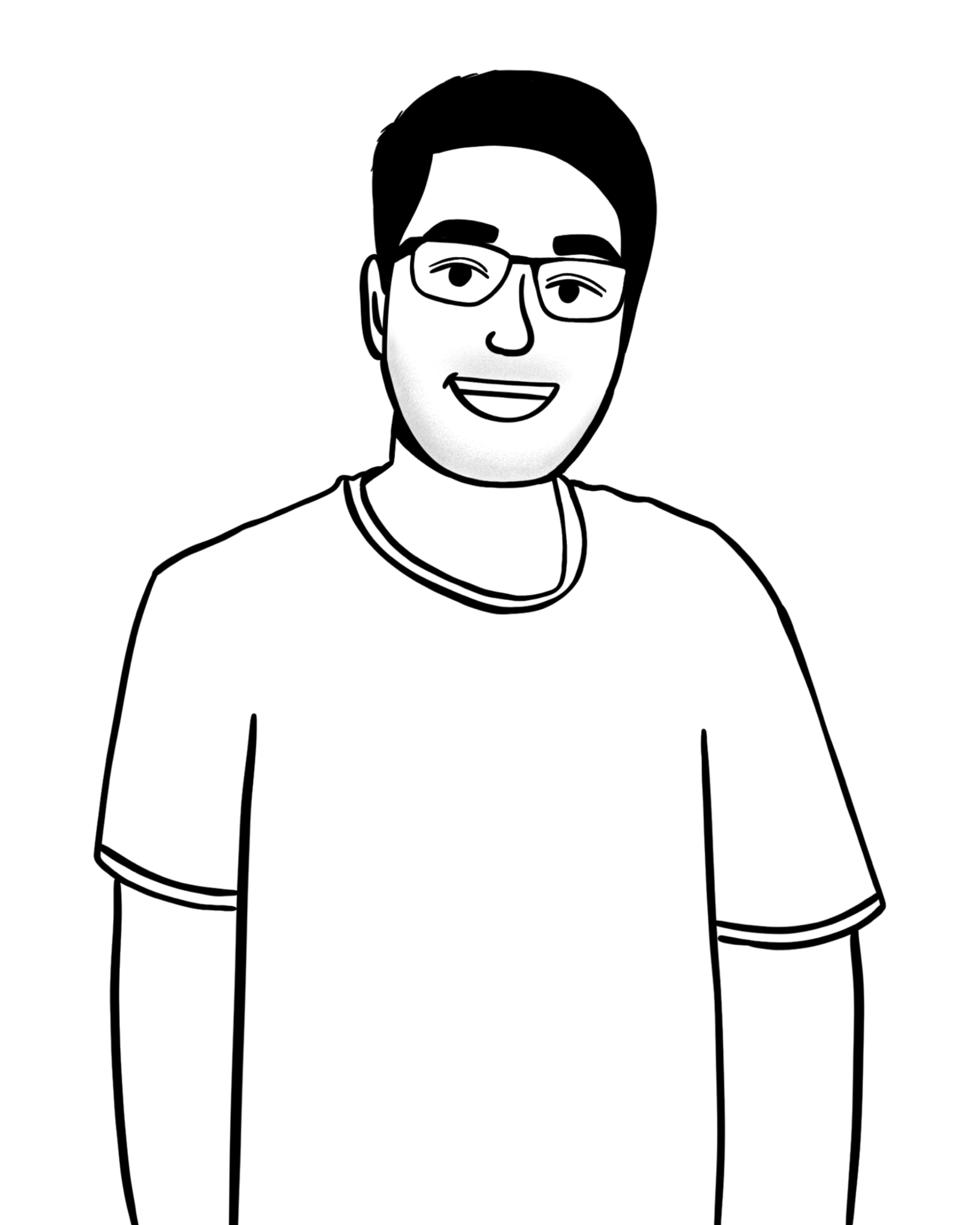 Software Engineer at Capital One by day ☀️
Part time video creator, full time credit card rewards enthusiast by night 🌙
Favorite Emoji:🤑
Current Color: Blue
On the playlist: Limeade by Soo Casa
Go-to Food: Chicken Korma with Pilaf
Hey Zubair, tell us a little bit about yourself!
Hi! 👋I'm Zubair (like you go to the *zoo* to see the *bear*) and I'm a software engineer at Capital One. I get up to a lot of different stuff, but you can usually catch me checking out cool restaurants with my camera in hand when I'm not making a mini career out of churning bank account + credit card signup bonuses.

fun fact: I got to work with Peter Cullen (voice of OPTIMUS PRIME) when I was 17 on a video. The night before, I studiously watched behind-the-scenes clips of Micheal Bay directing Peter Cullen and tried doing the same thing when I was recording Peter...but I got schooled by Peter in his OPTIMUS PRIME voice lolol
Can you tell us what you do as a Software Engineer at Capital One for those who are unfamiliar?
I'm a Software Engineer in Capital One's retail banking division where I work with my team to write and maintain software related to fraud. One of the applications in our team's purview is an application that flags high risk checks for manual review. In my first project for Capital One, I co-developed an internal web application tracking security vulnerabilities, which meant I wrote the HTML, CSS, and JavaScript responsible for the look and interactivity of the website. In my current project, I'm dealing primarily with data engineering and DevOps which means I spend most of my time either working with big data frameworks or creating and improving pipelines that automate the process of taking code and deploying it onto AWS's servers so that our applications can run.
How did you decide to pursue your specific career?
Although I had started programming in middle school and took AP Computer Science in high school, I had no intention of coding for a living. I liked discovering how things worked and towards the end of high school, I was really fascinated by how smartphones worked and did well in the circuits unit of my physics class, so I decided to pursue Electrical Engineering (EE) in college. A few semesters into EE classes, I discovered that notoriety of the major was well warranted and after slogging through 4 years of it, I was certain I had no special love for electrical engineering.

During recruiting cycles for internships and from attending hackathons, I found that software engineering paid *far more* than hardware and big tech companies seemed to offer a really solid quality of life, so I happily jumped on the opportunity to transition into software engineering when the opportunity came with Capital One.
What made you interested in your field?
I'm a perpetually curious person who loves to figure out how things - especially the things I like to use - work. Initially, I thought the cool innovation was in hardware after witnessing the evolution of the smartphone spanning my entire childhood, but  through my electrical engineering coursework I realized that working in hardware is highly challenging. Individually you simply can't stand up something cool quickly in hardware the same way you can build a sleek web or mobile app. After attending a few hackathons, my enthusiasm for software engineering was reinvigorated, in particular within the realm of front-end development.
Any advice on how to stand out and get hired for those starting off?
For those in the traditional pipeline and studying CS/EE/CE in college, I'd recommend seeking out an internship as soon as possible and remember the recruiting cycle starts in August! As a freshman and sophomore, cast a really wide net when searching for internships. Start checking out hackathons and recruiting events at your school - get on your career center's listserv asap! Create a LinkedIn and start searching for people at companies where you'd like to work and reach out to them. In between networking with recruiters and fellow students who can help you get a referral, you should be able to get some interviews and hopefully secure an internship as an underclassmen. Once you get an internship, you're more likely to make it through resume screens for more coveted internships and ultimately full time roles.
3 Character traits that would make someone excel in your field
Resilience- You're going to have to push through times when it seems like nothing can fix your error and building resilience to push through in those moments is very valuable.

Curiosity- Curiosity also pays off in many ways as you constantly have to keep learning since software engineering is a rapidly evolving world and a curious posture (in my opinion) helps you dive into bugs.

Ability to effectively communicate- Lastly, effectively communicating will make you better at your job and also make it easier for you to get promoted!
Most difficult thing about your job?
Figuring out errors with internal software that are not well documented.
What would you like to say to your younger self?
It wasn't until my junior year that I realized that campus recruiting starts *early* - in August! - and I wish I had applied to the big tech (Google, Facebook, Microsoft) early engagement programs as an underclassmen. Also, I wish I started going to hackathons freshman year. So, those three!
Best advice you've received/heard?
"Whatever your everyday career travails, have something else worthwhile and constant in your life, something that's an end in itself and non-contingent on career success."
Any last thoughts, advice, or recommendations for someone who wants to learn about Software Engineering?
Find people who are doing what you think you want to do AND also people who are trying to do what you want to do. The former will help you figure out whether the job and lifestyle is what you really want (and also helps with referrals). The latter will give you a support network and provide tactical advice.